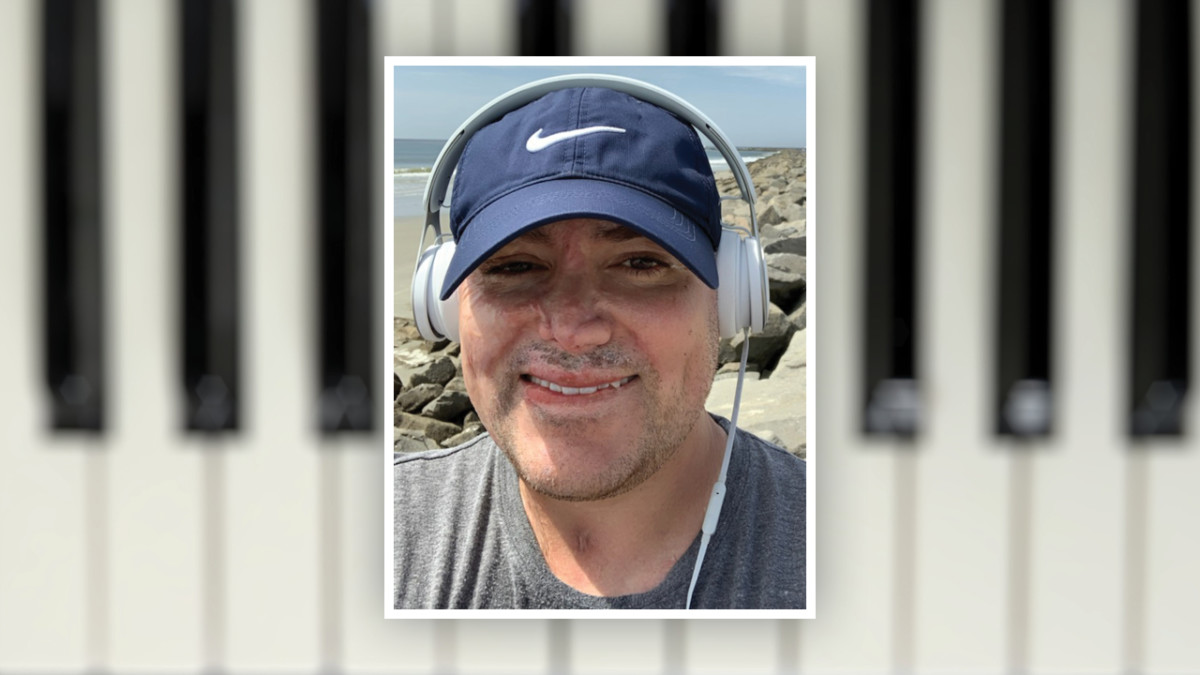 The keys to success: pianist learns to play again after near hand amputation

Andrew Connelly was driving home from choir practice late at night on Dec. 5, 2018, when he hit a guardrail on a South Carolina dam, and his car burst into flames. Connelly, a classically trained concert pianist and middle school teacher, had been working part-time as the choir director at his church before suffering that fiery crash that severely burned the right side of his body and his lungs. He was taken from the scene of the accident to a trauma unit in Columbia, SC, where his heart stopped for 58 seconds.

“They told me to go on and drive down to Augusta because the helicopter would be there in 25 minutes,” Viky Connelly, Connelly’s wife, said. “But when I got to Augusta, the helicopter was still not there. That’s when the doctor called me from Columbia, saying that they had some difficulties, and his heart had stopped beating. That was very traumatic.”

Connelly was transferred to the Joseph M. Still (JMS) Burn Center at Doctors Hospital of Augusta, Ga, the largest burn center in the nation and the headquarters of Burn and Reconstructive Centers of America (BRCA), where he stayed for almost three months.

In the burn intensive care unit, Connelly was diagnosed with third- and fourth-degree burns on 20-25% of his body, along with inhalation injuries to his airway and lungs from breathing in the smoke. While he suffered severe burns to his right side, including his arm, neck, face and head, his hands—especially his right hand—had everyone concerned.

“Andrew’s right hand was burned so badly that they were hinting that it might have to be amputated,” Mrs. Connelly said. “I told the doctor’s, ‘That’s just not an option. If you can do anything to save that hand, then please do that because a pianist not having two hands… is like a surgeon not having two hands.’”

He sustained fourth-degree burns to his right hand. Fourth-degree burns are the deepest burns, extending below the dermis and subcutaneous fat into the muscle, bone or tendon. Often, areas that suffer these burns experience tissue death and pose a health risk to the surrounding healthy tissue. Sometimes the treatment of these injuries may require prioritizing preserving the patient’s overall health versus treating the injured appendage. In Connelly’s case, amputation was highly likely, but the burn surgeons promised his wife to do everything they could to ensure the pianist could return to his love of music.

To save his hand, the surgeons made an incision in his abdomen, placed his hand inside and stitched it up. Mrs. Connelly described the procedure as making something like “a hoodie pocket” for Connelly’s hand to heal in. By doing this, the body protects the hand from outside infection and promotes the regeneration of the damaged tissue.

“The body grew nerves, tissue and blood vessels on top of that hand. It was amazing,” Mrs. Connelly said. “Then, they cut out the hand with the new skin on top of it. And then they did a tummy tuck.”

When the surgeons cut his hand out, they used the skin from his abdomen as a skin graft that turned his five-digit appendage into a single club-like mass. It wouldn’t be until several more surgeries that his fingers would slowly and carefully be separated. However, though surgeons could save his hand, Connelly did undergo partial finger amputation surgeries, losing the tips of several of his fingers.

Once Connelly was well enough to be taken off life support and moved out of the burn intensive care unit, he underwent extensive physical and occupational therapy to re-train himself how to complete basic everyday functions and rebuild the muscle mass he lost during the weeks of immobilization he spent in a medically induced coma.

His injuries, while debilitating, did not hold Connelly back for long from the things he cared about most: his family and his music. After nearly 80-90 days in the hospital undergoing rehabilitation and multiple rounds of surgeries, Connelly was able to go back home to his wife and son and, eventually, back to playing the piano.

“I went back and started playing the organ and the piano the Sunday after Easter, 2019, and at that point, I didn’t even have all of my fingers separated,” Connelly said. “I just played with those three, sort of, fingers. I’ve always played music. I started when I was five—I  really love it.”

While he has been out of the hospital for years now, Connelly’s recovery remains ongoing. The burn on his neck has tightened over time and restricted his head movement. His nose and hands require more reconstructive surgery for maximum form and function improvement, and his right ear—which was lost to the blaze—will need to be rebuilt. That is why he has transitioned his care into the hands of Dr. Rajiv Sood, Chief of Plastic and Reconstructive Services at the JMS Burn Center and head of BRCA’s reconstructive program.

“[Dr. Sood] has some good ideas, which you have to get creative sometimes when you’re reconstructing because everyone is different,” Connelly said. “Every patient has different needs and is at different stages. He seems to be pretty confident and creative, so I’m looking forward to working with him.”

Since his accident in 2018 and the beginning of his healing journey, Connelly is finally back to living his life to the fullest. He has returned to his prior physical state, running three miles a day as he did three years ago. In addition, he is a teacher once more, helping adults learn English as a second language. He says he’s even adapted to playing the piano and organ, now playing any composition he wants, including those by Piazzola and Chopin.

“I don’t let anything affect me differently,” Connelly said. “I pretty much live my life the same as before. I don’t know if that’s stubbornness or ignorance or denial. I think it’s important to return to those things you enjoyed doing before. You can’t sit at home and feel sorry for yourself forever. It’s really important to live life to its fullest.”

The Connelly’s would like to express their gratitude to all the doctors, Advanced Practice Providers (APPs), nurses and staff at the JMS Burn Center for their excellent care and constant and ongoing support for them and all the other patients.