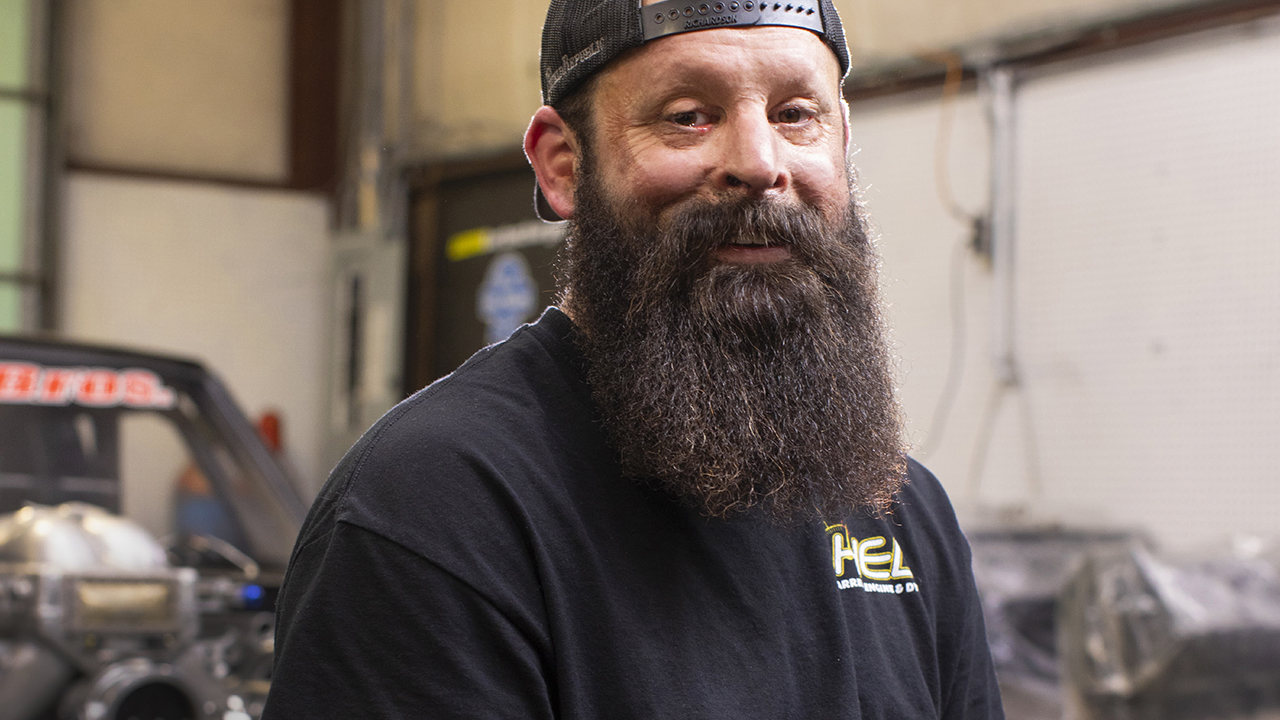 Lyle Barnett was on fire for 28 seconds.

His drag car exploded around him as he hurtled down the quarter-mile strip at 170 mph. It started as a softball-sized orb of ethanol-fueled flames that struck him right in the face. Instinct took over. He took a deep breath, inhaling fire and fumes that scorched his lungs.

“At that moment, I thought I was dead, no doubt,” he said. “I just didn’t know how long it was gonna take for me to die.”

The September afternoon started as just another day at the track in 2015 for Barnett. At just 24 years old, he was competing at the Lights Out 6 event at South Georgia Motorsports Park in Adel, GA. His custom Corvette, capable of reaching 190 mph in a quarter-mile, was eight months old and had already taken him to the finals of another event. But Lights Out was different.

“We were at the biggest race of the year,” he said. “It was a huge stage with thousands of people there and tens of thousands watching online. I mean, it was as big of a stage in radial racing as you could possibly race on.”

He was about three-quarters of the way down the track in the opening round of qualifying when an electronics failure caused the dragster’s motor to explode, shattering his Corvette, delaying his drag racing dreams and nearly ending his life.

“The entire inside of the car was on fire, all of it,” Barnett said. “It was just swirling around. It was everywhere.”

And at drag-strip speed, he didn’t have a lot of options for escape.

“You don’t bail out of a car at a hundred miles an hour,” he said.

He felt the flames scarring his body. He felt the crushing impact of the wall.

“I was still fighting for my life,” said the 29-year-old racer from Robbins, NC. “I was swattin’ around, squirming around, just trying to get away (from the flames).”

It took 28 seconds for the car to slow to a point where he could bail. By then, the flames had burned away the six-point harness and belts holding him in the seat, as well as part of the head and neck restraints he had been wearing. He swatted at the door, trying to find the handle. Finally, the door opened, and he rolled out.

His team ran down the track. The racetrack’s emergency crews drove toward the flaming wreckage. Barnett rolled around on the asphalt, hoping to smother the flames.

He was treated at the scene, loaded into an ambulance and taken to a local hospital. From there, he was air-lifted to the JMS Burn Center at Doctors Hospital in Augusta, GA. It’s a blur for Barnett; his memories aren’t clear until two weeks after he arrived in Augusta. During those first few weeks, he said, his life hung in the balance. Second- and third-degree burns covered 15% of his body, but the damage inside was far worse.

During his five months in the burn unit, Lyle underwent multiple surgeries, many of which focused on his severely burned face and hands. Various skin substitutes, including porcine and cadaver grafts, were used to help cover the larger burned areas and allow them to heal some before applying permanent skin grafts.

“During all this, I was learning to walk again, eat on my own again, coming off of a ventilator, and trying to regain some range of motion in my hands,” he said. “Your hands are 100 percent of your independence, so the time I spent without them was humbling.”

At one point, doctors even reconstructed his eyelids. They made his hands work again. They helped heal his lungs.

“How they did it, I don’t know,” Barnett said. “I just know that when I was prepped for surgery and (Vice President of Non-Physician Providers Beretta Coffman) would come in and tell me how it was gonna go, nothing was sugarcoated. … But what they said they were gonna do, they did, and they did it perfect.”

After he was discharged from the hospital, Barnett’s healing continued. He returned to the Augusta burn center for a series of laser treatments on his scars. The procedures helped reduce redness, irritation and itching associated with his scars.

“Today, I really don’t have any side effects that keep me from doing my normal day-to-day thing,” he said. “My hands … are very tender. Just walking by a door jamb can knock the hide off. I have to be careful in the sun with my face graft, but with a good layer of sunscreen and a hat, I’m good.”

Barnett also returned to the burn center to talk with patients who were going through similar situations. He provided mini-race cars to help transport young patients around the hospital. He sent Christmas gifts. He wanted to give the patients hope, provide some light at the end of their tunnel. Mainly, he answered questions, especially ones about life after the burn center, the people that stare, the face and body patients see in the mirror.

“I don’t even remember what I looked like before,” he said. “You know, I can look at pictures, and it just doesn’t relate anymore. I had the thickest, darkest, blackest eyebrows you’d ever seen in your life. Now, I ain’t got a stitch. … They tell me, ‘Oh we can graft those, we can give you new eyebrows.’ I don’t want new eyebrows. This is me. You either take me or leave me.”

He is grateful to the dedicated burn professionals for not only saving his life, but allowing him to thrive and push forward. He’s gotten engaged. He’s back in the driver’s seat of a dragster.