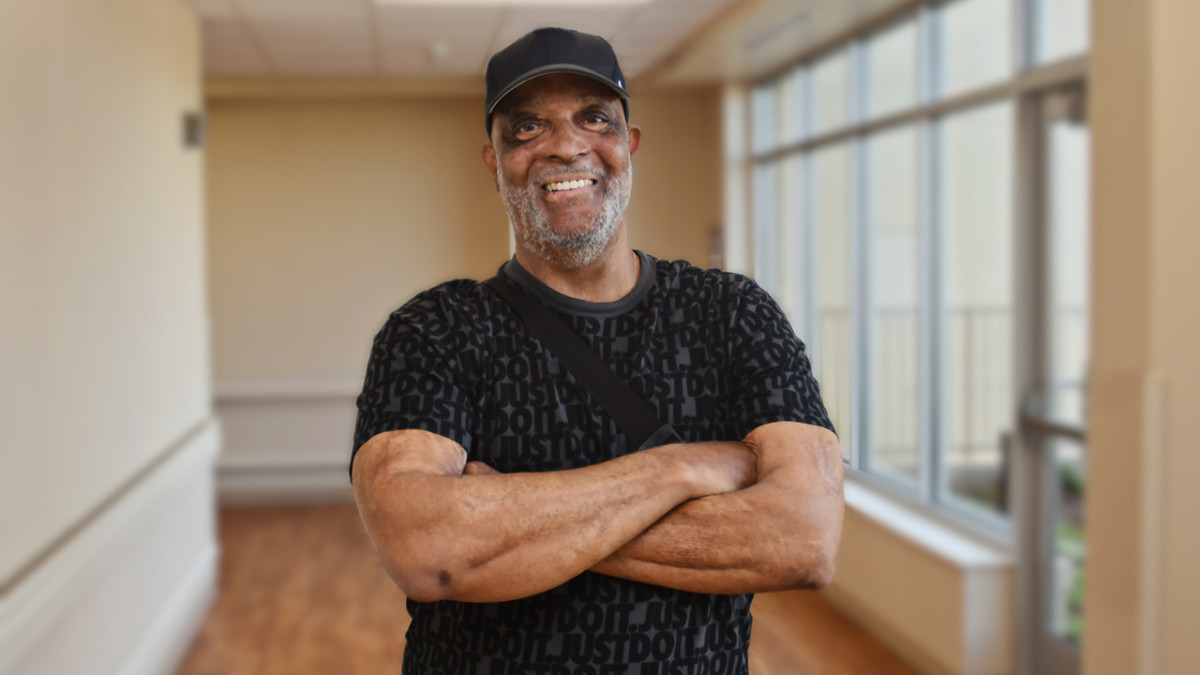 Charles Potter has to be careful.

The scar tissue that wraps his lower legs, his anterior trunk from the waist up and half his back, isn’t as pliable as uninjured skin. It doesn’t heal as easily. A simple scratch can become a tear that can progress into an infected, chronic wound.

It’s a battle the former Air Force sergeant has waged since he was burned in a roadside accident more than four decades ago.

“The wounds are a result of that accident,” Potter said. “If it gets hit or something, it goes crazy. It just gets bigger, and we try to catch it. Doctors are being good; they try to catch it. It just doesn’t seem to want to respond like it should.”

“Charles is one of those patients we are referring to when we talk about having patients for life,” said Dr. Bounthavy Homsombath, the medical director of the JMS Burn Center at Doctors Hospital in Augusta, GA. Dr. Homsombath has treated Potter at both the Augusta center and the JMS Burn Center at Trident Medical Center in Charleston, S.C. “Their scarred skin reacts differently to our treatment techniques. Each patient is different, and each injury is different.”

THE WAR ON WOUNDS

Potter is currently being treated by BRCA’s medical staff for chronic wounds on his lower extremities. The wound on his right ankle started as a small scratch suffered during a 2020 Memorial Day celebration with family and friends. As he says, the initial scratch “just went crazy,” and doctors have been working to get the resulting wound healed ever since. His left leg is more complicated: Five years of varying treatments to get enough healing traction to start wound closure bit-by-bit.

“They are actually getting better,” Potter said during a visit to the outpatient clinic in Augusta recently. “The area is really reducing in size. There’s only like four spots on my left leg. On my right ankle, this is only my second surgery.”

That’s not surprising in previously burned patients, because their scar tissue is the issue, said Beretta Craft-Coffman, Chief Clinical Officer for BRCA. Scar tissue is more susceptible to tears and the development of complications such as a Marjolin’s ulcer, which is an aggressive ulcerating squamous cell carcinoma. Scar tissue is also less apt to heal.

“You have to be patient with these kinds of injuries,” she said. “You also have to be creative and persistent. Wounds present their own set of challenges, especially when complicated by chronic diseases, such as vascular disease, and malnutrition. That’s why our experience with these chronic wounds matters so much.”