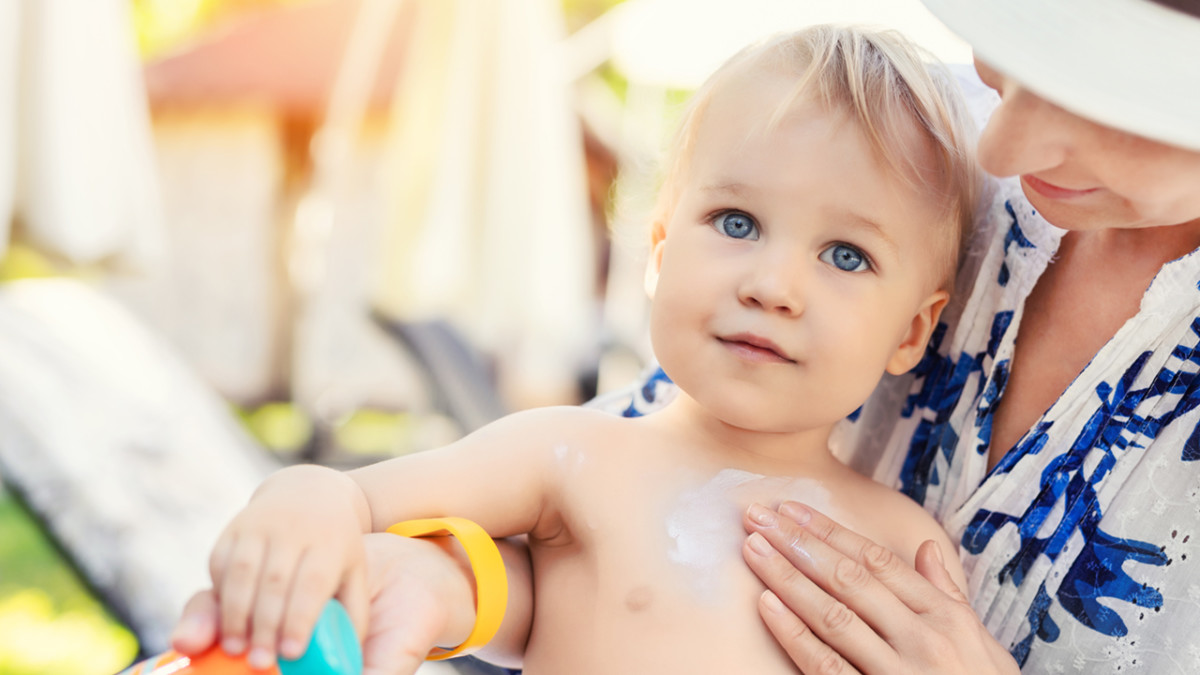 How to identify and treat sunburns and sun poisoning in kids

For babies, young children and older adults, the sun can pose serious health risks due to their skin being thinner and more prone to sunburn. Burn and Reconstructive Centers of America’s (BRCA) Dr. Rich Cartie, Director of Pediatric Critical Care at the Joseph M. Still (JMS) Burn Center of Augusta, wants parents to pay special attention to the sun care of their little ones all year round.

“We don’t get pediatric sunburns too terribly often here [at the JMS Burn Center], but there are a few recurring themes,” Dr. Cartie said. “Most cases will happen at the beginning of the summer (when people are the palest) to those with fair skin or low skin pigmentation and little one-month-old or two-month-old babies.”

When sunburns do occur, they are likely to happen more frequently and more severely at the beginning of summer when people are just starting to get outside again and when the weather might still be a little cooler. However, young babies, no matter the temperature outside or whether it’s sunny or cloudy, are always at an increased risk of getting sunburned due to their thin, sensitive skin and lack of hair.

“Indirect sunlight for babies that are only a few months old can cause sunburn,” Dr. Cartie said. “Babies can be in the shade and get burned from indirect sunlight because their skin is that sensitive. So, it’s best when they’re that young not to take them outside for long periods of time.”

So, what are the symptoms of sunburn in children? As a parent or guardian, some signs that might notify you that your child is getting sunburned are:

Sunburns are caused by the sun’s ultraviolet (UV) rays, making them a form of radiation burn. Most sunburns only affect the epidermis or top-most layer of skin and are usually considered first-degree burns, meaning it doesn’t usually require medical attention. They can be treated at home, though your young patient may be uncomfortable for a few days.

While most sunburns are first-degree burns, there are occasionally more severe second-degree burns. Second-degree sunburns typically appear red and moist with signs of blistering. If there are blisters, try not to pop them! Popping blisters may increase the risk of infection by causing an open wound. Instead of covering the area with a tight bandage, try covering the area in a loose-fitting dry, sterile gauze and seek medical attention. Burns that have progressed to second-degree might require medical intervention to help heal and prevent infection. Treatment might include cleaning the affected area, covering in topical medicated ointments or creams, bandaging or, if the burns are deep, applying a skin graft to the area.

Along with sunburns, parents and guardians should also be aware of the signs of sun poisoning in kids.

“Sun poisoning is a combination of sunburn, overheating and dehydration,” Dr. Cartie said. “Most of the time, sun poisoning responds nicely to fluids or IV fluids in the emergency room.”

Signs your child is suffering from sun poisoning include:

To treat sun poisoning in kids, you want to take the following steps:

No matter how prepared you and your child are, sunburn or sun poisoning can happen. Whether in the shade, the cold, the sun or the snow, it’s important to help prevent pediatric sunburns and sun poisoning from happening to your child.

Thirty minutes before your child goes outside, make sure they apply sunscreen of at least 35 SPF. If during their time outside they are sweating profusely or playing in water, make sure they reapply sunscreen often, at least every hour to two hours. Sunscreen should be used even if it’s cloudy or overcast. Clouds help to block some UV rays but not all of them. It is important to remember that even if it is not hot or sunny outside, you are still susceptible to getting a sunburn. Encourage covering up with a hat, long-sleeved shirt and sunglasses for those with fair skin or thin hair. Always encourage taking a break, sitting in the shade and drinking plenty of water. For babies less than six months of age, do not take them outside for extended periods. Even with stroller shades down and sitting in the shade, young babies can get severely burned when outside for too long. For children less than one year of age, keep them out of direct sunlight. It is not recommended to use sunscreen on children until they are at least six months or older. Ask your pediatrician before applying sunscreen on your child.

Some medications may cause photosensitivity or reduced heat regulation, increasing the risk of sunburn and sun poisoning. Some of those medications include:

While not all medications in these categories increase the risk of adverse reactions during sun exposure, it is important to read the warning label on prescriptions or ask the prescriber before spending the day outside.

Sunburns are considered radiation burns because they are caused by ultraviolet (UV) rays. Whereas thermal burns present within a few seconds, radiation burns or sunburns may take a few minutes to a few hours to appear. Radiation burns can cause damage to the cellular structure of the skin and lead to cell mutations or cancer. Some people are more likely to get skin cancer than others. If there is a history of skin cancer in your family, avoid prolonged exposure to UV rays and always wear UV protection such as sunscreen, hats and sunglasses.