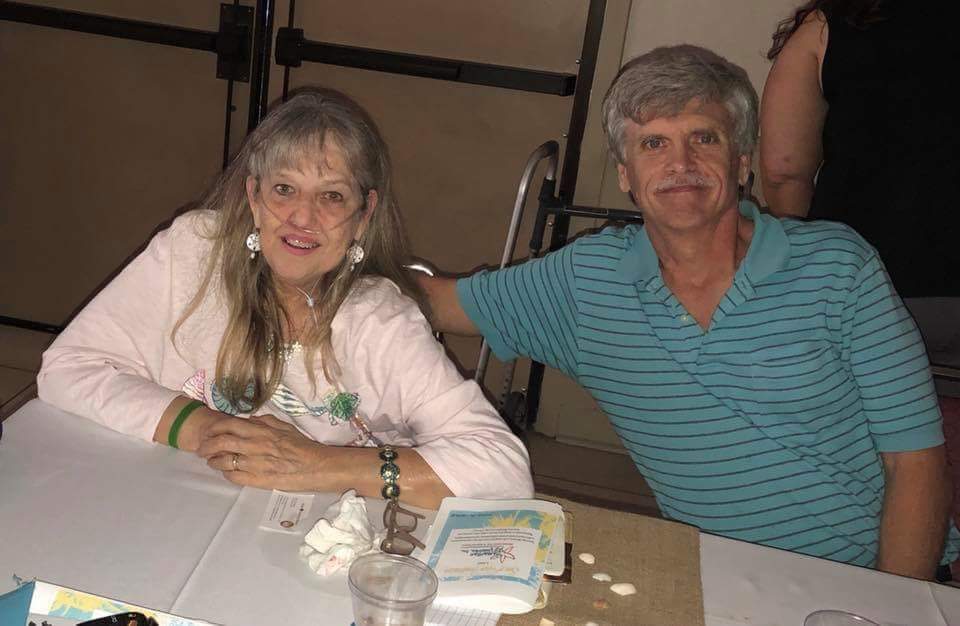 Roman’s 13:7 says; “Give to everyone what you owe them: If you owe taxes, pay taxes; if revenue, then revenue; if respect, then respect; if honor then honor.
Today I would like to give honor to someone who made an impact in many many lives, including mine. His name is Dr. Robert Frederick Mullins. He’s my doctor. He passed away last weekend at the age of 54.
Dr. Mullins was the medical director of the JMS burn center at Doctors hospital in Augusta GA. as well as president/CEO of Burn and Reconstructive centers of America. Under his leadership JMSBC has become the largest burn and wound care center in America. There is presently a construction project that will add a whole new wing to the hospital, which will make it even larger. Patients who need specialized burn and wound care are sent there from all over the southeast. It has a tremendous reputation in the medical field.
My medical emergency began the first week of January, here in Savannah, when I came down with a flesh eating bacteria. Dr. Alexander and Dr. Foley performed several operations on me at a hospital here. Because of what had to be done to my leg the decision was made to transfer me to JMSBC. My kidneys began to shut down during my operations so I was flown there by life flight. I am very grateful to my doctors in Savannah for the actions they took and the decisions they made to save my leg as well as my life.
The first time I met Dr. Mullins (while conscious) was after being moved from ICU to a regular patient room. One morning around 5 AM the door to my room was opened and the lights turned on. Several people came in. Dr. Mullins introduced himself. He greeted me with a smile and had a soft spoken voice. I don’t remember much of what he said, but I do remember him telling me about the procedure set for the next day. Every day he was at the hospital he made an early morning visit alongside other staff members with someone taking notes. Another visit I remember was the first time I was moved to a semi private room. He came to tell my roommate he was being discharged. Afterwards he came over to me, smiled, put his hand on my shoulder, and said that I was going to be here a while. This was my first time experiencing a serious health issue, so I had a lot of questions in my mind, as well as from family and friends who would call. Dr. Mullins never gave me any long term plans, he would just tell me about the next step in the process. They were performing one or two procedures a week on my leg to get me ready for skin grafts. After one of the procedures I was experiencing severe pain, even with medication, and no one could understand why. On the next visit by Dr. Mullins I told him about the problem. He examined the vacuum pump attached to my leg, and adjusted the pressure. The pain began to go away. I knew that I could trust him and the Lord.
Another time that really earned my respect for him was when he acted to protect one of his nurses from an abusive patient. My last time seeing him in person was February 21st. He came to visit before my last procedure under anesthesia on the skin grafts. Him and his staff knew I had been there a while and wanted to get me home.
After being discharged from the hospital I see his assistants on follow up visits. This Tuesday I return to JMSBC for a follow up appointment. I know there is very much grief there, but because of Dr. Mullins leadership I know there will still be the same care and professionalism as always. I walk with a limp, but with no assistance, after being pretty much unable to walk for two months. It is because of the awesome care that I received.
James 4:14,15 says: “Why, you do not even know what will happen tomorrow. What is your life? You are a mist that appears for a little while and then vanishes. Instead, you ought to say, “If it is the Lord’s will, we will live and do this or that.”
Dr. Mullins was a picture of health and I was in fine shape when my trauma took place. With all the negativity and fear in the world today, let’s focus on what is important: making a positive impact in the lives of our families and who ever we come into contact with. I will never forget Dr. Mullins and the wonderful care he gave me.
Thanks for all of your support and concern for me. God bless you all!