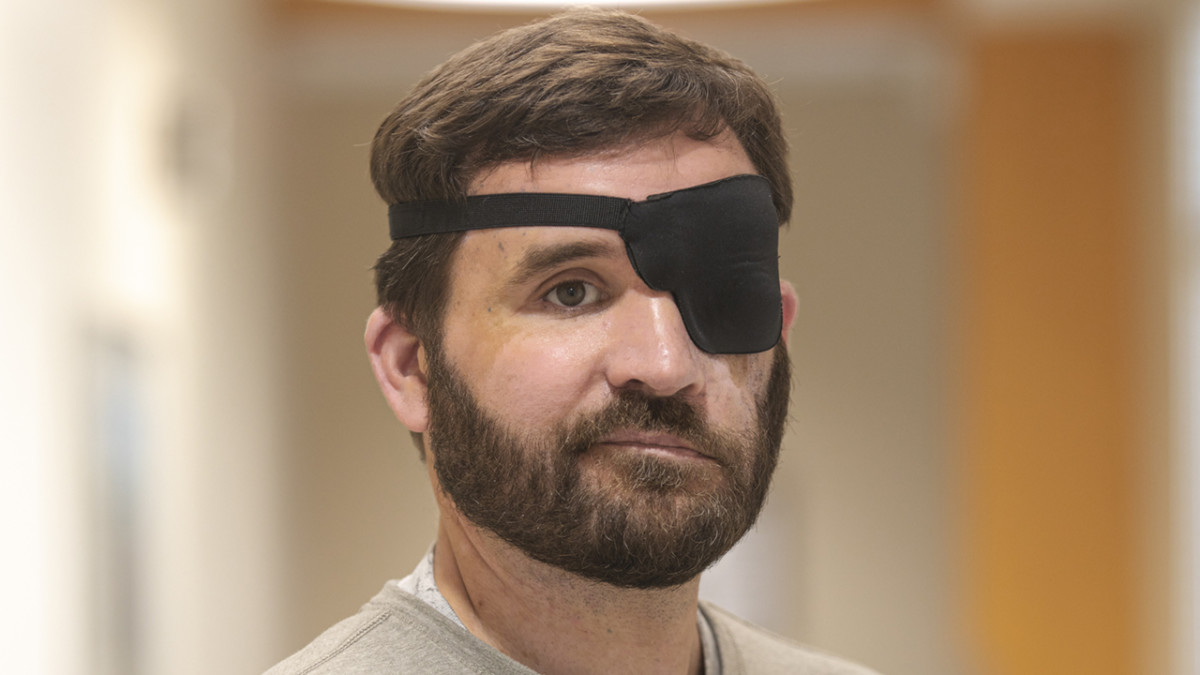 When rain clouds started moving in just before dusk on Jul. 4, 2020, Zhon Wood remembers hurrying to set up the large, mortar-style fireworks he had purchased that morning, and that’s the last thing he remembers.

Wood was celebrating the Independence Day holiday with friends and family at his home in Panama City, FL, when lighting the fuse to the first firework caused it to explode.

“From my understanding, the firework went off instantly,” Wood said. “It struck me on the left side of my face and, by the time the paramedics arrived, blood was flooding my brain.”

The explosion hadn’t knocked Wood out. Instead, paramedics found him awake and still moving around when they arrived on the scene.

“I feel terrible for the paramedics,” he said. “They said I was up and walking around and talking through all of this, and that was with my eye dangling, my face flapping and my jaw shattered.”

After Wood arrived at the local hospital, the medical staff alerted his father and his wife that he needed to be transferred to a facility better equipped to handle his level of traumatic injuries. Within the next few hours, he was prepped and life-flighted
to the Joseph M. Still Burn Center (JMS) at Doctors Hospital of Augusta, GA.

Dr. Piotr Skowronski, a plastic and reconstructive surgeon at the JMS Burn Center, worked on Wood once he arrived, but his injuries required the expertise of more than one surgeon. Dr. Rizal Lim, from Burn and Reconstructive Centers of America (BRCA) at Kendall Regional Medical Center, flew from Miami, FL, to aid in the complex procedures.

“Extensive debridement was required over several days and sessions, prior to starting the reconstructive process,” Skowronski said. During these sessions, damaged tissue, mortar and emergency packing materials were removed to locate viable and salvageable skin and deep structures.

For Wood, who was in a drug-induced coma for more than two months, the reconstruction process passed without notice but, for his family, each surgery brought its own set of worries, especially during the early phase of
his care.

“There were three consecutive surgeries over the course of the week that were all pretty major, and I know each time they’d tell my wife about it, it would devastate her because it seemed like each one just got worse and worse,” Wood said.  “And every time I talk with Dr. Skowronski or someone, I find out something new that I should’ve died from.”

The surgeons discussed Wood’s case frequently, spending the first few days and weeks of his care developing a course of action for his fragile state. They wanted not just to rebuild his
shattered skull but restore the form and function of his face.

“One-third of his face was destroyed and required reconstruction,” Lim explained. “We replaced the major structures with bone harvested from the skull.”

Many surgeries remain in Wood’s foreseeable future, including a nerve graft in his face to help bring back more feeling and movement, stabilizing his abdomen because of the muscle harvest and lasers to reduce the sensitivity in his burn scars.

“I don’t live in pain,” Wood said. “I’m not having to take painkillers on a regular basis; in fact, I don’t take any medicine at all but, with [BRCA’s] new reconstruction program coming out, if my burns continue to be sensitive and bother me, I’ll probably talk to Drs. Lim and Skowronski about what options I have to fix that.”

Even after the explosion and resulting trauma, Wood says he only has feelings of joy and peace.

“Considering all the surgeries and injuries, I’m thankful every day, I really am,” Wood said. “The biggest blessing I’ve had out [of] all of it is, it really brought my family together. I feel like if something like this had to happen to somebody in the family, I am glad it happened to me.” 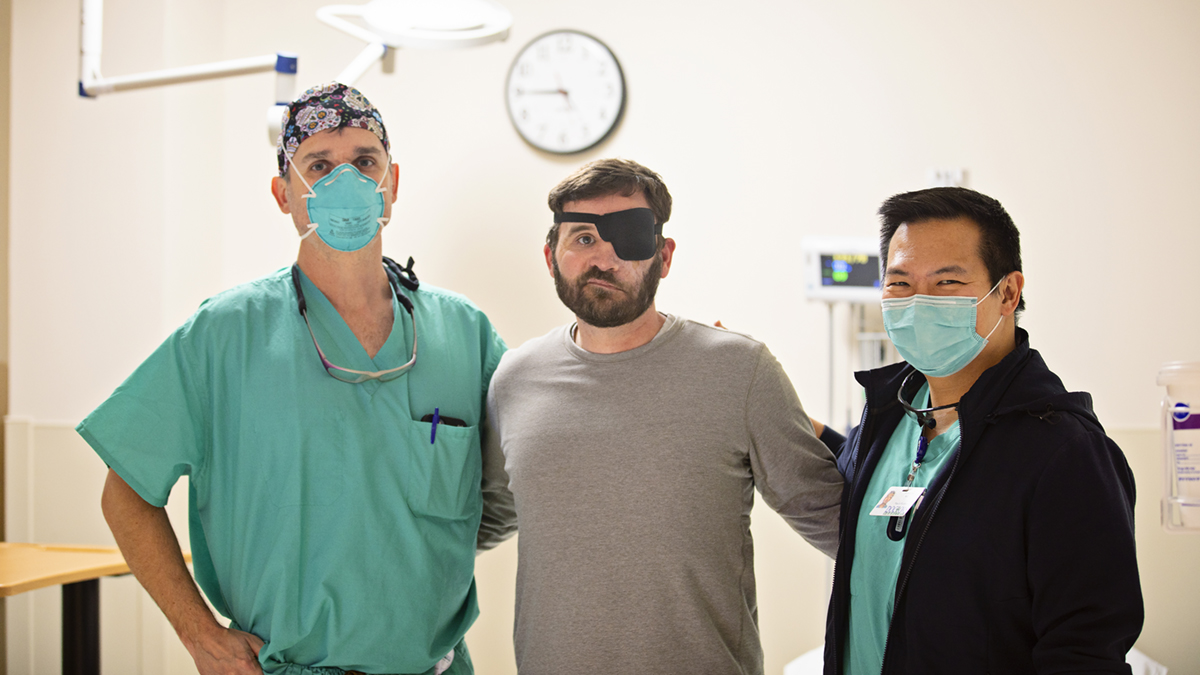