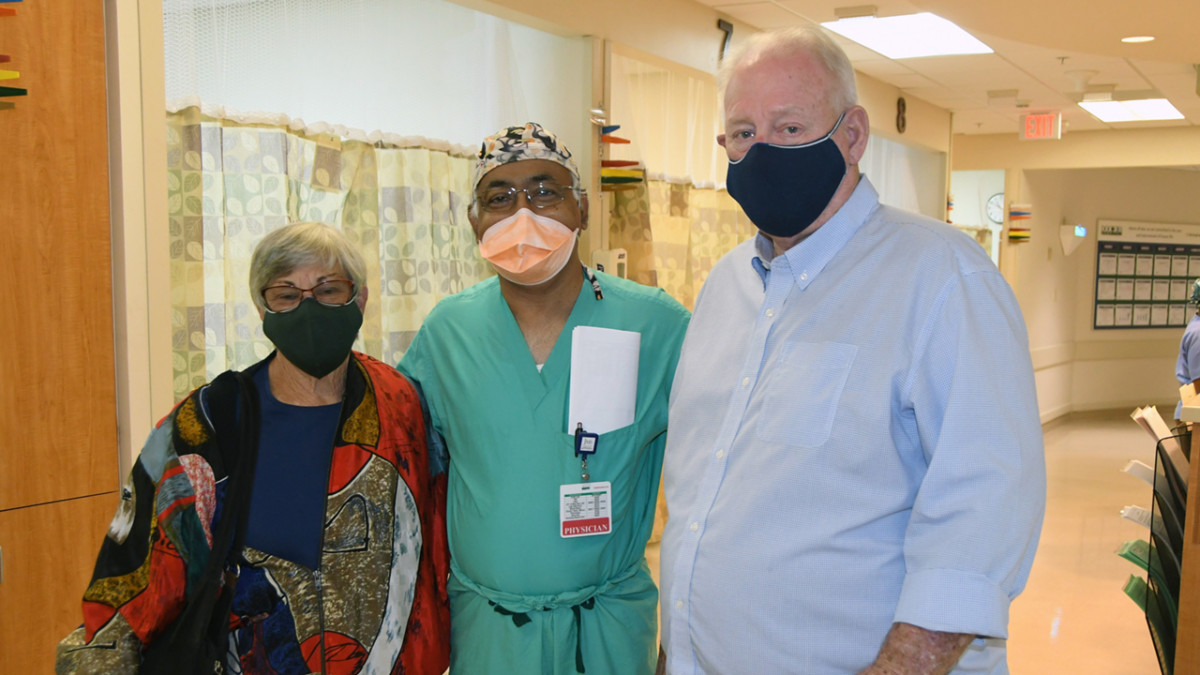 In June 2019, Denton Crockett was in Louisiana fishing for redfish near the mouth of the Mississippi River when he got stuck by a fishhook in the back of his right calf. The puncture was shallow enough for Crockett to pull out the hook without medical assistance, and he thought nothing else of it. But, as the day went on, the skin around the small wound became sore and reddened. By the next day, the irritated area on his calf had grown.

It wasn’t until they were back at his brother’s house in Athens, GA, two days after the fishing incident, that Crockett and his wife Mary went to a local ER to have his leg looked at by professionals. Upon examination, the providers were concerned when Crockett had no feeling in the skin on that area of his calf. He was taken in for emergency surgery when the procedure was brought to a halt by his organs suddenly shutting down.

“They didn’t know at the time, but I had the flesh-eating bacteria,” Crockett said.

Once he had been stabilized, they attempted to operate again, hoping to remove the infection by debriding the affected skin and tissue from his leg, but Crockett was already septic. Moreover, the severe infection had triggered a widespread response from his immune system, affecting his legs and his organs.

Understanding the full severity of the situation, that it was not just any infection in his leg but necrotizing fasciitis, the surgeons told his family that he had to be transferred to a burn center for Crockett to have the best outcome possible. That day he was loaded into a helicopter and flown to the headquarters of Burn and Reconstructive Centers of America in Augusta, GA. Providing services at the Joseph M. Still (JMS) Burn Center at Doctors Hospital of Augusta, BRCA physicians knew Crockett’s infection was dire.

“I was there [JMS Burn Center] for a day, and then Dr. Hassan met with my wife and my daughters and recommended that they amputate my leg, and they all agreed to do it,” Crockett said. “So, they amputated my leg.”

That is when his health began to improve.

He was in the hospital for two months, moving from the burn intensive care unit (ICU) to rehabilitation. Yet, the reality of the amputation didn’t set in until they were back home in Clearwater, FL.

“It didn’t really hit me until I got home when I was sitting in a wheelchair,” Crockett said. “I wasn’t planning on losing my leg at 69 years old. I’ve stuck myself hundreds of times, and it was just one of those fluke accidents, and I was there at the right time. The bacteria got into my leg, and that caused sepsis that shut down my organs. I’m lucky to be alive.”

Within two months, Crockett had gone from being a man with very few limitations to relying on a wheelchair to get around. While he looked forward to getting a prosthetic to regain some of his freedom, it was not as simple as he had hoped.

“Within two weeks of being home, I started getting fitted for my prosthetic. I got my first prosthetic leg in October of 2019,” Crockett said. “It’s a learning experience. I can tell you that right now.”

The first time he was shown how to put it on, Crockett went home, put on the leg, stood up and promptly fell over. It would take time to learn how to walk on it. He had to retrain his muscles and his hips, and, more importantly, he had to learn to trust the new leg to bear his weight. Over the years, he has progressed from using a walker to two crutches to one crutch to just a cane, which he is currently using to assist him. 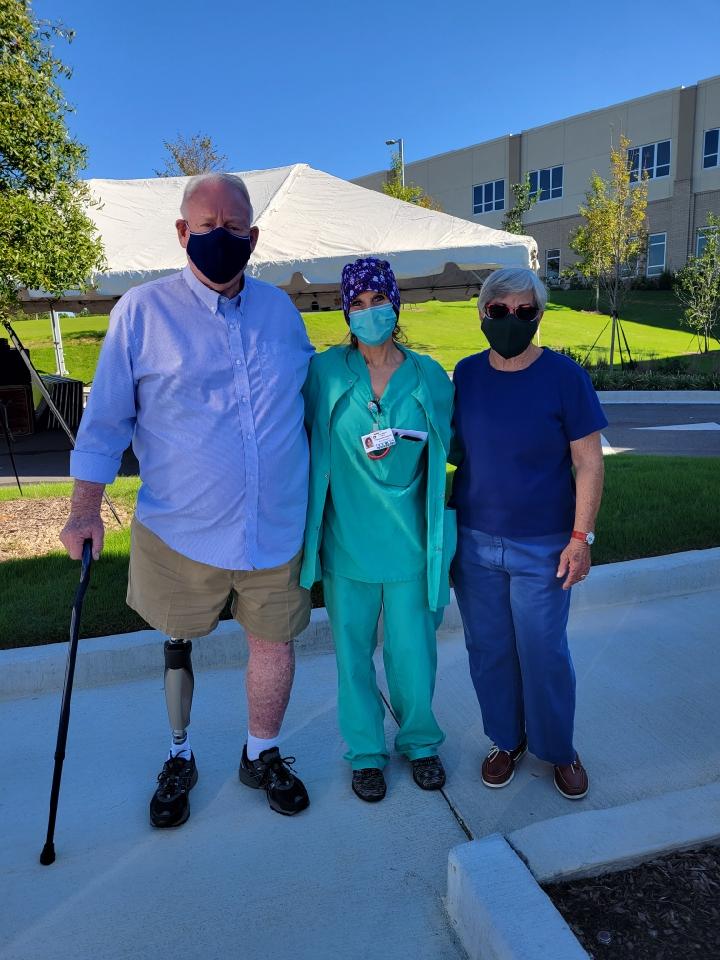 “I have my amputation on my right leg, and you can’t drive with a prosthetic leg, so I have a left-footed accelerator in my truck,” Crockett said. “You crank the engine up, and there’s a button on the dash that switches the acceleration peddle to the left and immobilizes the right-footed gas pedal. So, I’m driving left-footed. It’s just like if I was driving with my right. I’m used to it now.”

He’s even back to fishing, though it’s more challenging to get on and off the boat.

“I’ve been out three times,” Crockett said. “And you better believe that I watched the hooks.”

While Crockett’s mobility has declined with the loss of his leg, he hasn’t let that slow him down. he takes life one day and one challenge at a time. He still attends physical therapy to get better at using his robotic prosthetic, but he is back to walking, and even back behind the wheel of his truck.

He goes on cruises with his wife, splits his time between the mountains and the beaches, spends time with his friends and family, and all without any complications related to the infection or his amputation. He is still the same, husband, father, grandfather and friend, only now he has a prosthetic leg and maybe ask for help a little more than he did before.

“I’m not as fast as I used to be, and I don’t have the stamina that I used to,” Crockett said. “It takes a lot of energy to walk long distances. But I’m lucky I’m alive, and I’m getting around.”

Necrotizing fasciitis, also commonly referred to as flesh-eating bacteria, is a bacterial infection of the skin, commonly occurring when bacteria pass into the body through an open cut, scrape, burn or other puncture wounds. This type of infection typically presents as swelling and muscle soreness at the site, along with warm, red or purple skin, blisters, ulcers or blackening of the skin.

Necrotizing fasciitis is considered a medical emergency. If you or someone you know is experiencing any of the following symptoms of wound or burn infection, consult a wound specialist immediately: