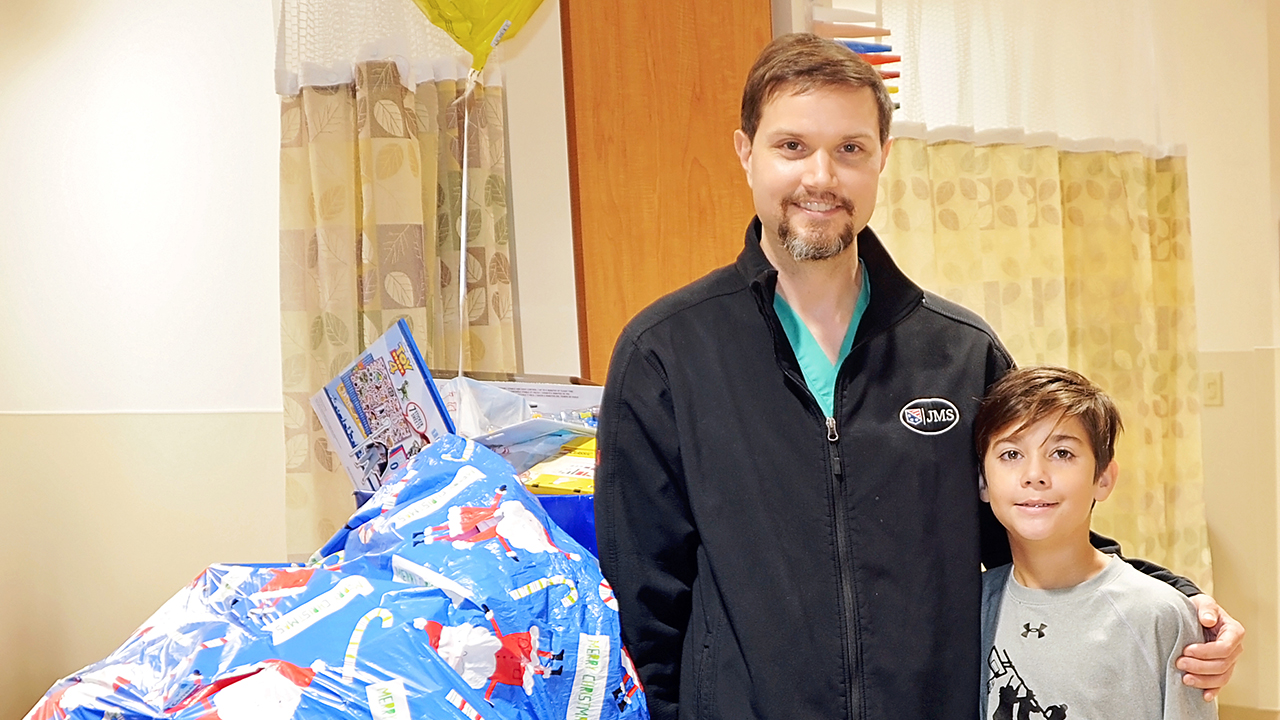 Patient celebrates “Hand-iversary” by giving back

James Mercado III was eight years old when an accident with an exercise bike severed four fingers from his hand.

During his month-long stay at the Joseph M. Still Burn Center at Doctors Hospital in Augusta, Georgia, surgeons were able to reattach two of the severed digits. While he was there, James watched as other burn patients were being taken care of, but found his attention returning to another young patient. A child younger than James, who had lost both of his parents in a fire, would often be pulled around the Intensive Care Unit in a little red wagon. Watching the little boy, wrapped in bandages, made James want to help.

“I just want to make people feel happy,” said James. He decided to give the little boy one of his comic books—something small to get his mind off his burns and allow him to escape for a little while.

When James returned in December 2019 for a follow-up, the third-grader from Columbia, South Carolina, brought with him a cart full of toys and cards from family and friends.

“I want to help the people who helped me in the hospital,” James said, as Dr. James Collins inspected his repaired digits. Calling it his “hand-iversary,” James wanted to celebrate by bringing joy to other kids in the burn center.

“He wanted to do something to take away the negative memories and replace them with something positive,” said James’s father, James Mercado II.

The Mercado family threw a party in Columbia and asked for attendees to bring toys and other items to donate to the burn center. With bouncy houses, games, fun activities and food, everyone in attendance had a great time.

James’s father summed up the experience stating, “It was the coolest day of play, ever.”