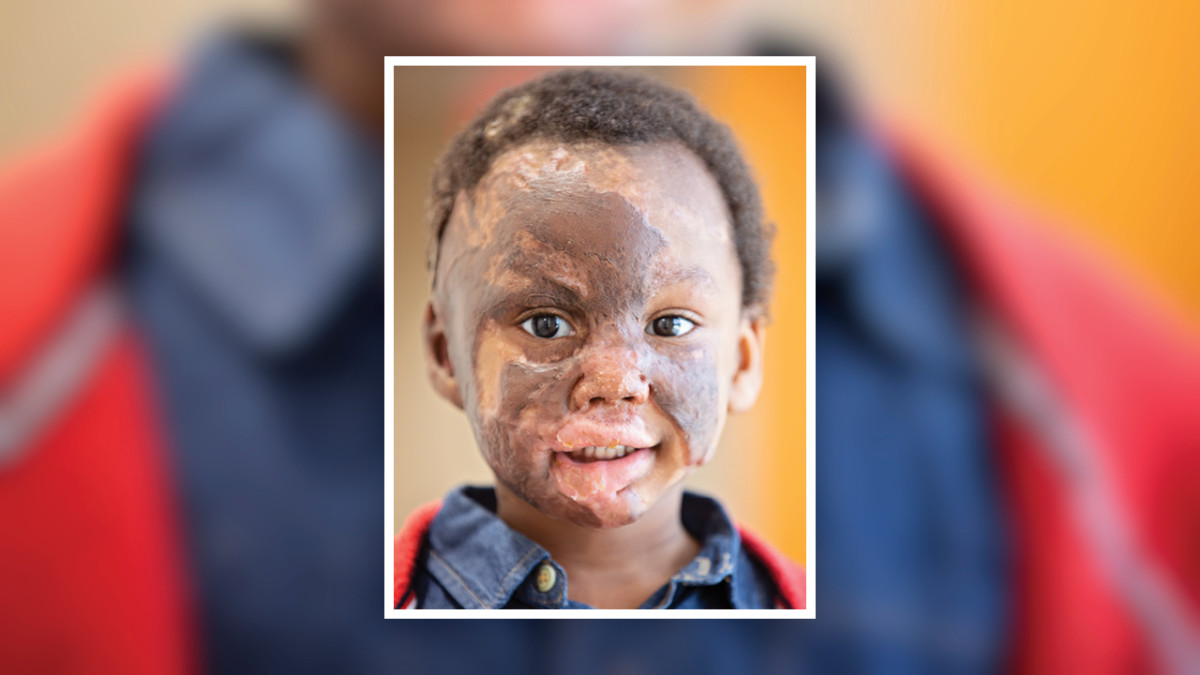 At just three years old, Malik (MJ) Bryant suffered burns on more than 54% of his body when a grease fire ignited in his home on July 18, 2019.

What was a routine day for parents Elijah Turner and Precious Christian proved calamitous when cooking grease—settled in the eye of the stove—immediately ignited after it was turned on. Flames engulfed the kitchen as Turner grabbed the burning pan to take outside. Then, moving carefully through the house, he made it to the living room, where his two children sat on separate couches.

“As I got into the middle of the living room, the fire marshal said it must have caught an air bubble in the pan because everything just exploded,” Turner said.

The fire spread to the couches, consuming the living room. Turner carried the kids outside and away from their smoking house.

“I had a very minor burn on my forearm, and so did she [daughter]. But MJ was severely injured. All of this was just gone,” Turner said, stroking his own face.

MJ’s mom, Precious Christian, came running when she heard the noise. But, thinking it was only the dog causing the commotion, she was unprepared for the true nature and tragedy of the situation.

“His eyes were completely shut,” Christian said. “He [MJ] was walking toward me, saying, ‘mommy, mommy.’”

Her son was burned to the point that his clothes were melded with his skin. Unable to relieve him, she felt helpless, though help was not far away.

“By the grace of God, there was a deputy riding past,” Christian said. “I flagged him down.”

The neighbors had already called the fire department, but the deputy turned on his lights and contacted EMS himself. The family was rushed to a local hospital in South Carolina, but they were unequipped to handle MJ’s severe burns. After prepping MJ for transport, the family was flown to the flagship facility and headquarters of Burn and Reconstructive Centers of America, the Joseph M. Still Burn Center at Doctors Hospital of Augusta, GA.

After being in and out of rehab, MJ is healing. However, his recovery will be a lifelong journey as his body continues to grow and his skin does not grow with it, causing tightness and contractures, which he is currently experiencing in his arm. With the help of his burn surgeons, many of these subsequent issues will be managed over the years, reducing much of the pain, scarring and discomfort and leaving little MJ to have a happy, normal childhood and a long healthy life.

Do you know what to do if a grease fire happens in your kitchen? First, do not pick up or move the pan as this can cause the fire to spread. Second, never attempt to put out the fire with water! Instead, cover the pan with a metal lid or pour baking soda on the fire. Finally, if the fire gets unmanageable, evacuate the house and contact the proper authorities.