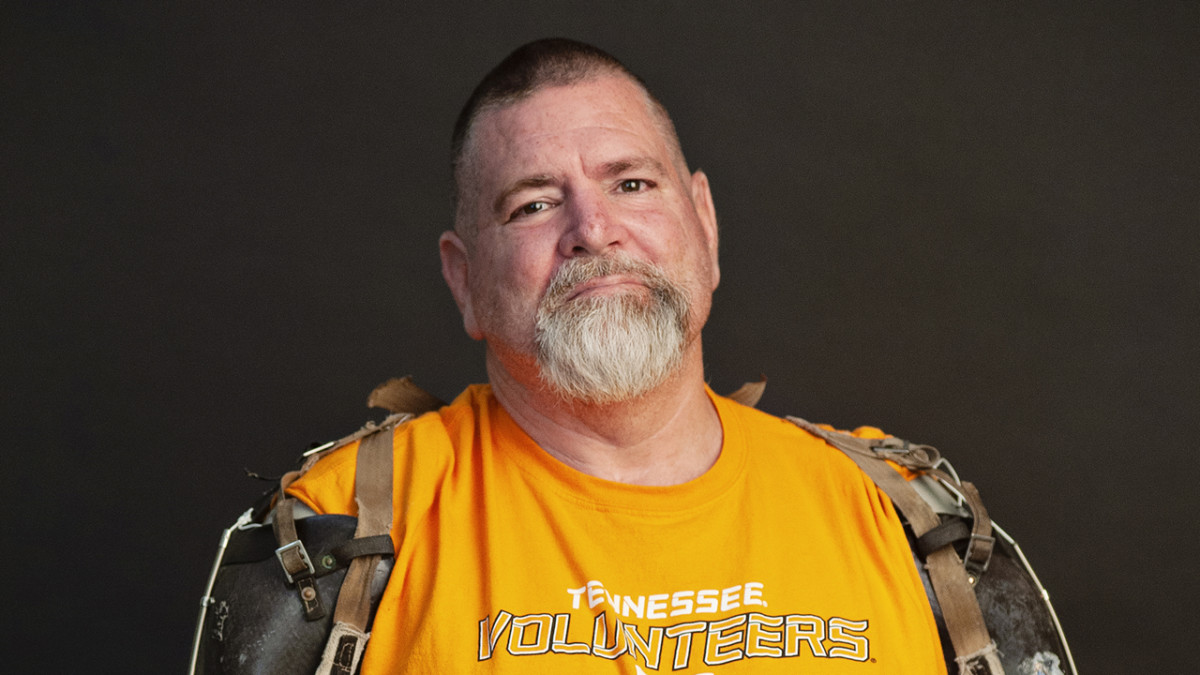 Life on the line: recovering and adapting after double amputation

Wayne (Barry) Johnston had been a lineman for 20 years when on June 27, 2006, he was electrocuted while working a job in Mississippi.

“All I know is that somehow when I was working on a line that the power surged,” Johnston said. “The [electrical] line was supposed to be dead, the way I was told, but we always worked like it was hot anyway. It [the electrical current] went through my glove from what I understand.”

The current entered through his left arm continued through his chest, down his leg and out of his heel, before going back up and out of his right arm. Electrical burns are some of the most complex burn injuries due to the current traveling through the body, injuring much deeper tissues, muscles and organs. Johnston claims the doctors later found around fifteen pinholes in his heart as a result of the accident.

Johnston was transferred to a local hospital in Habersham, MS, where he was stabilized and held for ten hours, waiting for a plane to make it through the bad weather in Georgia to transfer him to the Joseph M. Still (JMS) Burn Center at Doctors Hospital of Augusta. When he woke up, it was September, nearly three months after the accident, and he noticed the same thing he did the last time he was awake: his arms.

“When I got hurt, I came to 30 minutes later, and I noticed both my arms,” Johnston said. “They didn’t want to show me. They had them covered. I had one arm standing straight up and the other lying flat on the ground. I saw both of my hands were black, so I knew I was going to lose my hands. When I woke up in the hospital, that’s when I noticed they were really short.”

Doctors could not repair the deep tissue and muscle damage, so they amputated both of Johnston’s arms just below the shoulders. To restore his quality of life as much as possible, he was fitted for two hooked, prosthetic arms as soon as his wounds had healed. Still, the accident had taken a toll on other parts of his body, including his legs which suffered severe muscle deterioration. He would need months of inpatient rehabilitative care to regain a majority of the function that he lost. 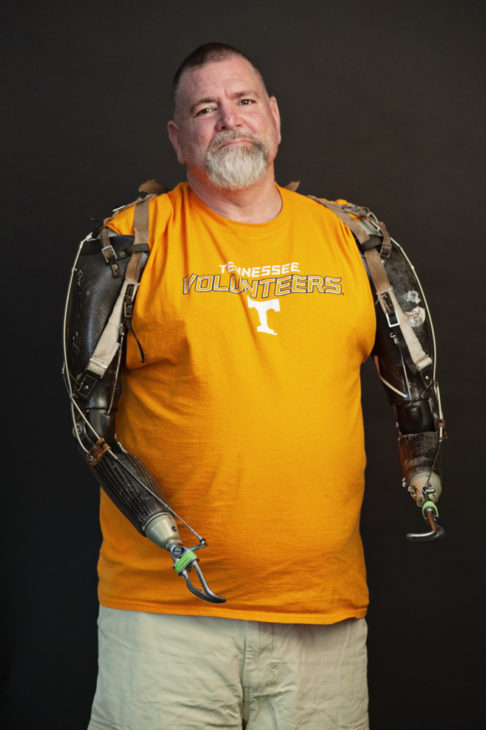 “After I was well enough, I was sent home for two weeks and then sent to Texas for eight weeks to learn how to use my feet, how to fold towels, open pop tops, open car doors, running up the stairs—they had me doing everything,” he said. “They realized I could do it all and said if I could master putting my arms on, they’d send me home. So, that’s what I did. I mastered it in about two days.”

While he was there, Johnston met several linemen like himself, recovering from a job gone wrong.

“There were a lot of linemen that I met that weren’t linemen as long as I was. I was a lineman for more than 20 years, and a lot of these guys that are getting hurt have only been linemen for two or three years,” Johnston said. “It’s not a scary job. If you do what you’re supposed to and wear your safety equipment, you’ll be alright.”

But recovering the function of his arms and legs wasn’t enough for the North Georgia native who also wanted to regain his purpose.

“I was sitting at the house for six months, and I got tired of sitting around,” he said. “I started getting restless about settling and everything, and that’s when I started my towing outfit.”

Johnston operates his own towing business in Hemptown, GA, where he takes on every role, including driving the tow truck. When not towing cars from one place to another, he buys cars for scrap metal and hauls them to the crusher. And Johnston is not the only one adapting to his new life; his young son is adapting as well.

“Trying to hold a baby has been rough,” Johnston said. “He’s just 16 months old, so I have to watch for that. And my son, he’s realized I’m different. Instead of me picking him up, he’ll run up to me and turn his back and rub my leg so I can pick him up.”

While things are as good as they can be, life usually never returns entirely back to normal for a burn survivor due to the scarring, contractures, possibility of chronic wounds and, most frequently, chronic pain or itching.

“I still have the pains where they amputated me on the nerves, and I’ll have it until the day I die,” Johnston said. “The only time it bothers me is in the wintertime or when the AC is wide open. Then, it feels like a smashed finger all the time, seven days a week.”

But if you ask Johnston whether or not he ever dwells on the loss of his arms, he will tell you that life goes on, and you have to go on with it, no matter what it gives or takes from you.

“Oh, I don’t let it get me down,” Johnston said. “There’s no sense in it—you have to live. If there’s something I can’t do, sometimes I’ll get mad about it, but I’ll just find someone to do it for me.”