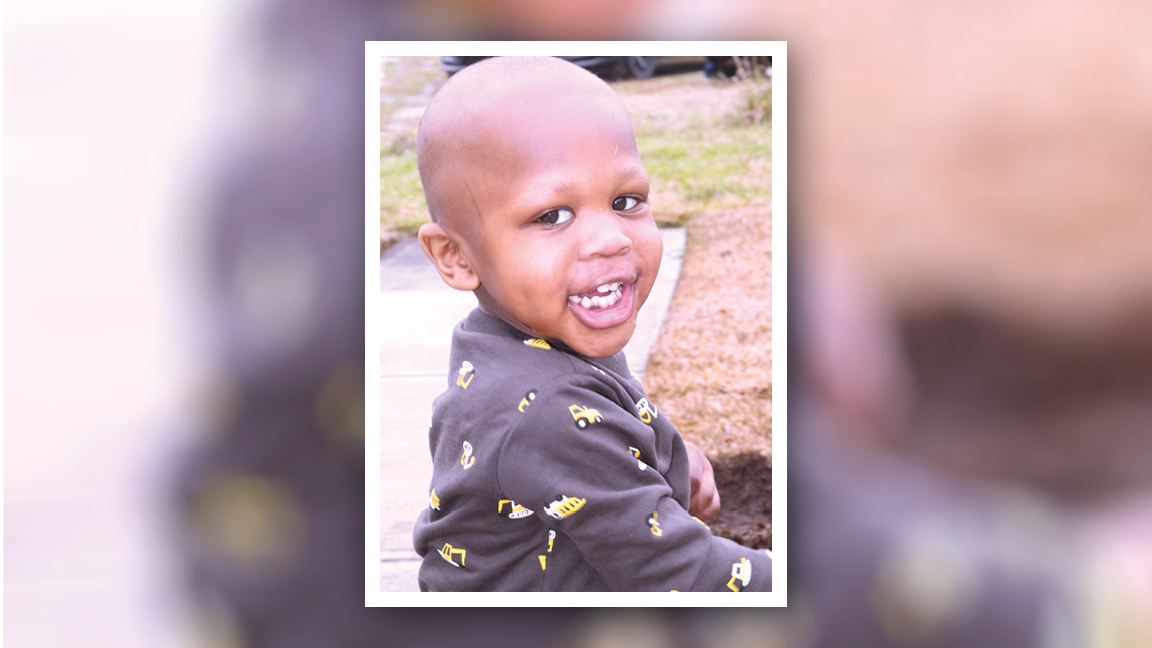 Eighteen-month-old Kyrie Gilchrist wailed on the floor. His body was covered in hot grease.

“My husband and I both ran over to where the stove is, and that’s when we noticed that he had pulled the frying pan down on himself,” said Kyrie’s mom, Natalie Gilchrist.

Originally from Virginia, the Gilchrists’ were visiting family in Millen, GA, where Kyrie was playing in the dining room while his mom fried fish for dinner. As a mother living with a toddler, Mrs. Gilchrist knew all the precautions to take when it came to keeping her curious and wandering little boy safe.

“I turned the handle around to the side, and I kind of pushed it up a little bit away from the front of the stove.”

Accidents can still occur to the cautious or well-prepared and, as his mom turned away, Kyrie reached up and pulled the pan of hot grease off the stove. His parents immediately washed his face with cold water and wrapped him in a towel before rushing him to a local emergency room. The hospital helped where they could before they let the family know that they would be transferred to the JMS Burn Center at Doctors Hospital in Augusta, GA.

“When we got here (JMS/Doctors), he received immediate care. They were very hands-on in tending to his wounds and getting him some form of comfort,” said Mrs. Gilchrist. “He was seen very fast. It was comforting, as a mom, having that experience.”

Kyrie suffered second degree burns on over 20 percent of his body including his upper torso, both arms and hands, right foot, and his left cheek. After a month-long stay filled with surgery and treatments to heal his burns, the Gilchrist family finally got to leave the burn center on Oct. 23 and, though he still needs help to manage the pain, Kyrie is acting like himself again.

“He still whines and cries every now and again but, for the most part, he is back to being his bubbly self,” said Kyrie’s dad, Carrell Gilchrist. “I think the staff really helped that. The nurses, doctors, and physical therapists were all constantly checking-in, making sure he had enough juice and food, and that he was comfortable the entire time we were here.”

Although they are returning home to Virginia, the Gilchrists are not leaving the BRCA family. They will continue receiving the same care at BRCA’s newest facility at Chippenham Hospital in Richmond, VA.

“I was very happy, despite this happening, that we were able to be here in such good care,” said Mr. Gilchrist.