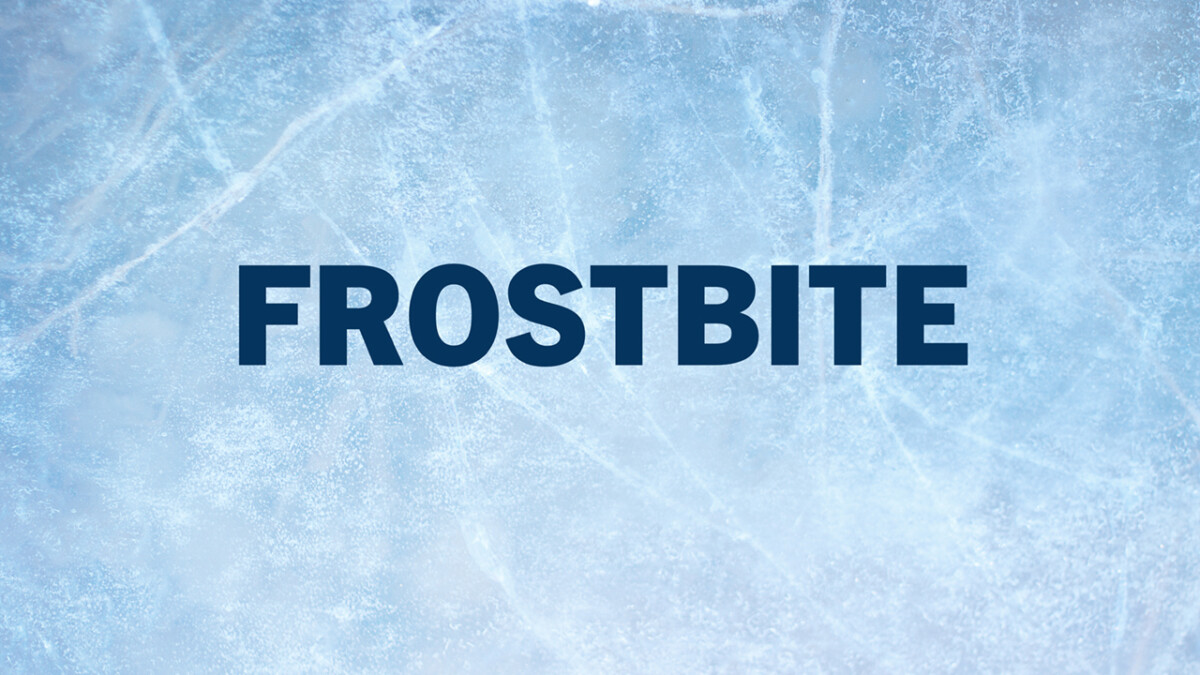 Can you get frostbite from an icepack? The ins and outs of the cold burn

Despite America’s different climate ranges, frostbite and frostnip are injuries that can appear in all areas of the country. Due to an increasing interest in outdoor activities, homeless and socio-economically disadvantaged populations, and medical procedures involving cryotherapy and cryolipolysis, cold burns are surprisingly prevalent in our society and a severe hazard to those at a higher risk of developing frostbite.

Who is at an increased risk of frostbite?

Frostbite can occur whether someone has a pre-existing condition or not. However, those with conditions or habits that negatively affect the body’s circulatory system or ability to retain heat are more likely to get frostbite. Those at an increased risk of frostbite include:

What is the difference between frostbite and frostnip?

Frostbite involves freezing the skin and underlying tissues and fascia, while frostnip is a superficial non-freezing cold injury that only affects the outer layer of skin (epidermis). Frostnip includes the formation of ice crystals on the skin, numbness and pale skin. It does not usually result in tissue loss and can be treated by rewarming the body part. However, if the freezing process is allowed to continue, frostnip can progress into frostbite.

At Burn and Reconstructive Centers of America, our healthcare teams specialize in treating all burn injuries, including cold burns (frostbite). Cold burns are classified similarly to all other burns—in degrees of severity.

The signs and symptoms of frostbite include:

Third-degree frostbite: dark blisters and thick, black skin that can fall off or be easily removed from the body.

Fourth-degree frostbite: involves deeper tissues and fascia. The tissue will be necrotic or dead.

Can you get frostbite from an icepack?

Those at an increased risk of developing frostbite and frostnip should be aware that they are at risk of frostbite and suffering a quicker, more severe injury than those at a lower risk. Why is this? Most of the conditions listed above affect the circulatory system. A weakened circulatory system can cause a decline in blood flow (high blood pressure), making the body susceptible to heat loss and decreased circulation to peripheral body parts (fingers, toes, hands and feet). To those at risk of frostbite, it is possible to receive a cold burn or injury from something as simple as an icepack. So, the answer is “yes”! You can get frostbite from an icepack.

The freezing temperature of water is 32° F, but, in general, frozen items are usually much colder. That is why it is recommended not to put any frozen items directly against the skin. Icepacks and other freezer items placed directly against the skin can cause frostbite in minutes. You may not even feel the freezing process happening for those who’ve recently had surgery or have nerve conditions such as neuropathy.

How do you treat frostbite from an icepack?

First, distinguish if what you have suffered was frostnip or frostbite. If you suffered frostnip from an icepack, the area would be red or pale with a tingling or numb sensation. At this point, the site can be warmed and return to normal without any skin or tissue damage. However, if the area feels numb and you notice your skin reddening, peeling, swelling or blistering, these are signs of frostbite, and this should not be treated at home at the risk of worsening the injury. If you suspect the injury is frostbite, take the following precautions in the process of consulting a medical professional:

Burn and Reconstructive Centers of America (BRCA) advises against attempting to treat frostbite at home without first consulting a healthcare professional. Uninformed treatment plans may result in further tissue loss, infection and amputation.

When should you see a doctor?

Urgency is key to improving patient outcomes with frostbite injuries. If frostbite occurs or you are unsure whether it is frostbite or frostnip, find the nearest facility that offers thrombolytic treatment for frostbite, such as any BRCA nationwide centers. Patients presenting with frostbite can be viewed as a vascular emergency and immediately seek treatment from a burn specialist trained in the use of tPA. Furthermore, rapid diagnosis and treatment of cold injuries can significantly reduce the morbidity, tissue loss and chance of amputation associated with this injury.

How can you prevent frostbite?

Preparation and awareness are essential to preventing all forms of frostbite and frostnip.

To help prevent suffering frostbite from an icepack:

To help prevent other mechanisms of frostbite:

The specialty of burn care is not relegated to chemical, electrical, friction, thermal and radiation injuries. At BRCA, our team of board-certified surgeons and plastic/reconstruction specialists utilize the most advanced treatment and management of cold injuries, including thrombolytic therapy.

For more information on frostbite and frostnip, click here.